The Board of Governors and the Office of Student Affairs are please to announce the first recipients of the newly implemented Citizen Scholar Award. This year, five students were selected from an outstanding pool of applicants. Recipients were selected based not only on their academic achievements, but on their demonstrated excellence in living the Public Affairs Mission of Missouri State University.

Winners of the Citizen Scholar Award are recognized at various times throughout the academic year, including athletic events, Board of Governors functions', and award banquets. Recipients will also get an engraved memento and recognition on an award wall in Plaster Student Union. 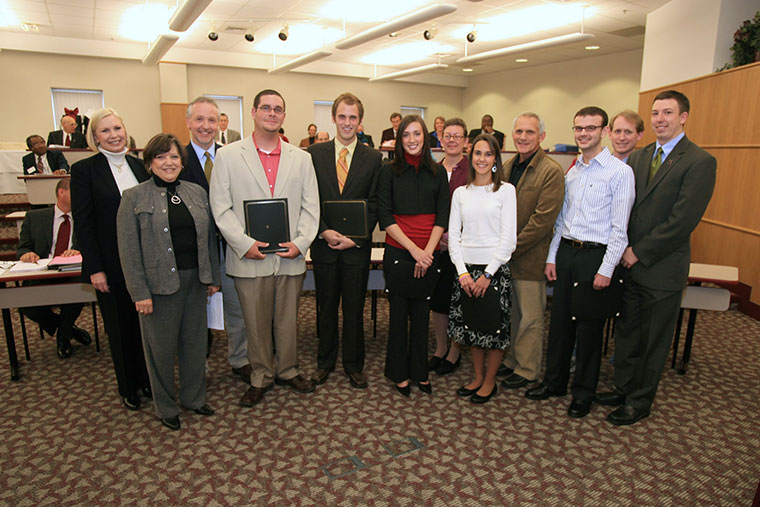